Jeremy Lin is an Excellent Defender

Proof that Jeremy Lin is an Excellent Defender

Is Jeremy Lin an excellent defender or just an average defender? At times, he seemed to leave his man to help his teammates on defense and he gets burned when his man made layup or an open 3PT.
In the 11/12/12 game against Miami Heat, Jeremy sparked the defense in the 3rd quarter to start a 16-9 run to tie the game at 75-75 when he was substituted. He actually had a major role in the 8-3 run before Harden played PG to close it with 8-6 run.

In the 3rd Q with 7:43 remaining, while trailing 66-59, Houston made 16-7 run to tie at 75-75
Lin played a major role in playing team defense and orchestrating offense to make 8-3 run with excellent ball movement (average passes per possession =3.4). The score was 67-69 with 5:10 remaining
Then Harden played a major role to orchestrate a 8-6 run but the ball movement was poor (ave. passes/possession = 1.2)

We will look in detail in this 8-3 run, especially in how Lin successfully guarded Wade, Bosh, Cole resulting in 1 block, 2 missed layups, 1 steal, 1 charge. This is not the work of an average defender.
He made 1 mistake of leaving Chalmer for a wide-open +3 after deciding to help guard Ray Allen.
On offense, he scored one 3PT, 1-2 FT, 1 assist. The rest of the time, Harden played PG with mixed results and worse team defense.

For analysis purpose, I will reward GOOD and BAD defense points to analyze Jeremy's defensive impact on the 8-3 run.

When Lin managed to play defense well to prevent a player to score, he is rewarded +2 or +3 (a failed 3PT). If he fails to prevent his man from scoring, he will be penalized -2 or -3 (a made 3PT) or -1 (fouling someone to prevent from scoring) 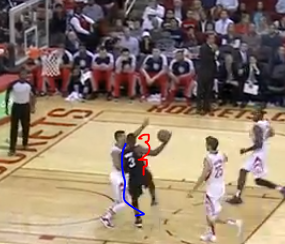 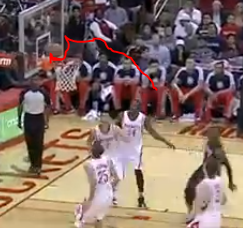 Asik could not hold the rebound and it went out of bound.
Harden couldn't guard DWade and had to foul him. Wade missed both FTs
(Harden BAD defense -1 penalty since Wade did not make any FTs) 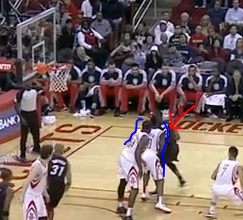 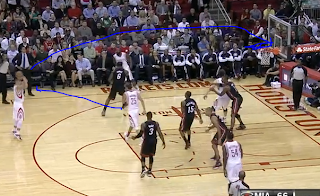 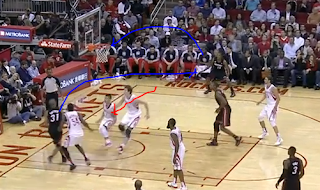 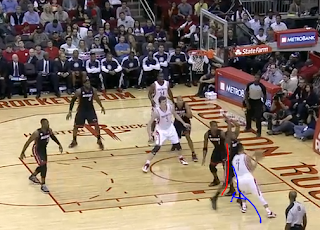 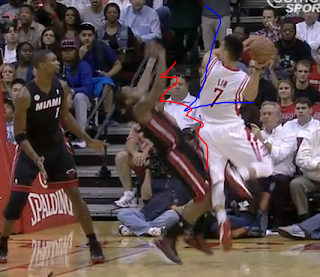 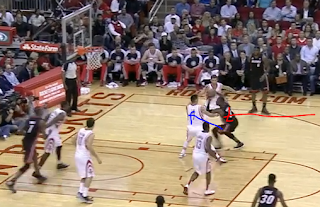 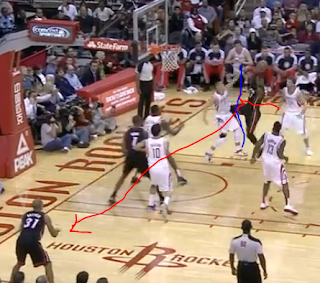 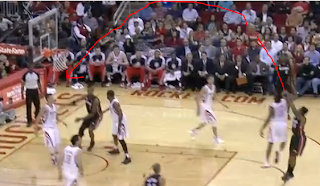 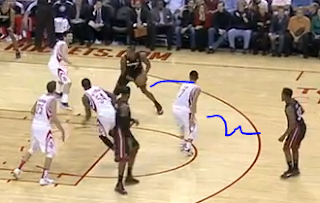 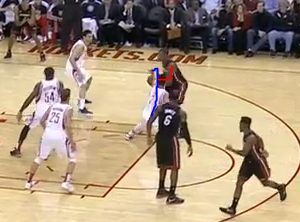 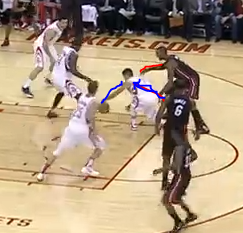 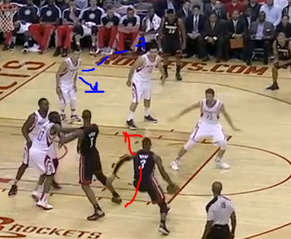 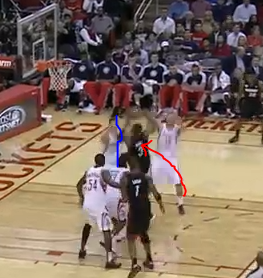 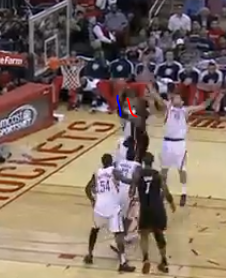 6th POSSESSION (HOU trailing 67-69)
Harden's pass got deflected by Cole. He could have passed it back to a wide-open Delfino 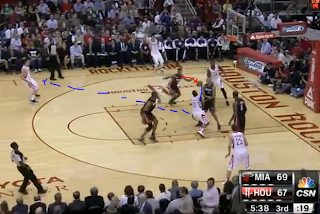 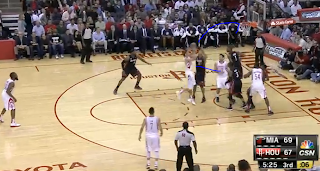 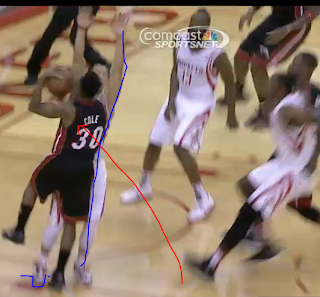 This mini 8-3 run demonstrated that Jeremy Lin is an excellent man-to-man and help defender in guarding 3 different players (DWade, Cole, Bosh) preventing them to score. He produced  1 block, 2 missed layups, 1 steal, 1 charge. But he also made one mistake against Ray Allen by leaving Chalmers for an open 3PT shot. He should stay aggressive in defense and get better in reducing mistakes with more experience in not overhelping with team defense against smart players like Ray Allen.

Harden's bad plays seem to be when he decided to play hero ball to take it strong to the basket without any ball movement as proven by the last few possessions in the 4Q when Houston gave up the lead in the last 3 min.